From a king sitting in a palace to a head of a government, loneliness can be an ever-present state of consciousness. Like those who rule, loneliness is also present in the lives of those whom one might not suspect of feeling such loneliness: people who are married or in a significant relationship may also feel loneliness; those whose lives are surrounded by many people through family or social ties, as well as business or career ties, may also feel the presence of loneliness. Perhaps only those who consider themselves loners seem immune to loneliness—yet even they will experience periods or cycles of loneliness.

It could certainly be said, then, that all situations that would seem to be barriers to loneliness are ineffectual to its presence—be it power, fame, fortune, or other manners of worldly cures against feeling that one is isolated or disconnected from even those who would seem closest.

In today’s modern world, the advancement of science increases the feeling of loneliness for many, as the vastness of both outer and inner space—viewed strictly from a physical perspective—diminishes the illusionary identity of personal ego existence. As postulated in recent times by quantum physics, the enormity of outer space and the complexities of inner space fuel an even greater feeling of insecurity by the false, personal ego identity, as it scrambles to find or secure its relationship to a world that is only perceived by the five senses.

And herein lies the truth of why loneliness is so widespread—the absence of relationship. People can only feel loneliness when they feel that they have no real relationships in their lives. Some try to bridge this feeling by finding or living for some cause, be it humanitarian, spiritual, or to another extreme, on some battlefield. At best, however, this is temporarily covering up the symptoms and not really finding a cure for the presence of loneliness.

When a person feels loneliness, what they are really feeling is the isolation experienced by the false, imaginary sense of personal ego identity. They do not feel or experience any real sense of union or oneness with other false, personal ego identities. But how could they? What you have is one falsehood, or false identity, trying to have an experience of oneness with another falsehood. Two wrongs don’t make a right—or two illusions do not a reality make. Without reality there is no foundation to any relationship. Is it any wonder, then, that there is such widespread loneliness in this physical, earth plane of existence?

This becomes the spiritual alchemist’s achievement of turning base metal (that is, the personal ego identity) into Gold (a Universal Consciousness Identity). There is an old Hindu expression, which goes, “It is not for the sake of my beloved, but rather for the sake of God’s Presence within my beloved, that I love him.”

Loneliness, mystically understood then, is isolation from God and from the Presence of God within others. Extending this further into what some have called extroverted mysticism, it becomes isolation from nature or what might be poetically called, God’s Face—the isolation from sensing God’s Presence in the trees, the flowers, the birds, and so on. Absolute Oneness is the Absolute Relationship. In such Oneness there is no isolation or apartness. Identity is not so concerned about being loved as it is with loving.

Can such an ideal solving of loneliness be achieved? Yes, it can. Can it be lasting throughout one’s life? Because outer sense impressions can be so illusionary, there can be certain periods when the old, false, personal ego might try to re-establish itself. But these are brief periods. In the earlier mistranslations of Jesus’ Aramaic language, it sounds as though Jesus experienced this brief lapse on the cross with the words, “My God, My Father, why has Thou forsaken me?” But the accurate translation of Jesus’ words from the cross shows that Jesus truly spoke in his Universal Soul Identity with his words, “My God, My God, how has Thou glorified me!” Eli, Eli, lama sabachthani!

People who feel loneliness should daily, if not many times daily, renounce their false, personal ego identities and proclaim their Universal Soul Identity, Christ Mind Consciousness (or whatever name one chooses to call it) and give it up to the Oneness of All, God’s Presence, and Will. In so doing, they achieve a connection or relationship with All that Really Is and an understanding of that which only appears to be.

Or, in the words of the Christ Mind that was in Jesus, “I am in this world, but not of it.”

Participate in this world of illusions, but always retain the Light of Universal Awareness, wherever the path of your soul’s purpose may lead you. 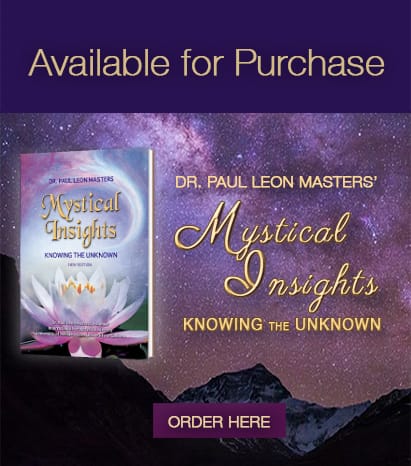 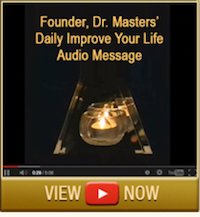 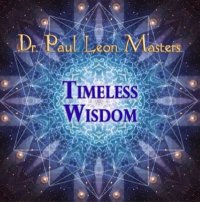 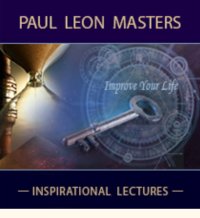 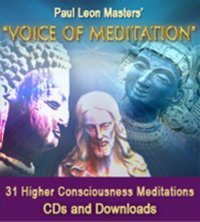